Hola foodies! In recent times, Spanish cuisine in KL has been gaining more popularity with several notable restaurants stepping into the culinary scene. Thus, we decided to explore a popular one that’s been around for five years now, and here’s how it went!

Mercat Barcelona Gastrobar Is Where You Go For Authentic Spanish Food Hailing from Barcelona is Chef David, who has packed thirty years of culinary experience under his belt. Before settling in Malaysia, he worked at some of the most reputable restaurants in the world alongside Michelin star chefs! Having noticed the lack of Spanish exposure in our city, he had a lightbulb moment to bring his homeland’s tapas all the way to Kuala Lumpur. Mercat in particular means market in Catalan (Barcelona’s native language), a common yet dynamic dining concept that the city’s known for. Thus, Chef David opened Mercat Barcelona Gastrobar in hopes that Malaysians will get a taste of genuine Spanish food along with their culture. He also made it a point to approach his people’s classic cuisine with a modern approach, nonetheless staying true to traditional flavours. 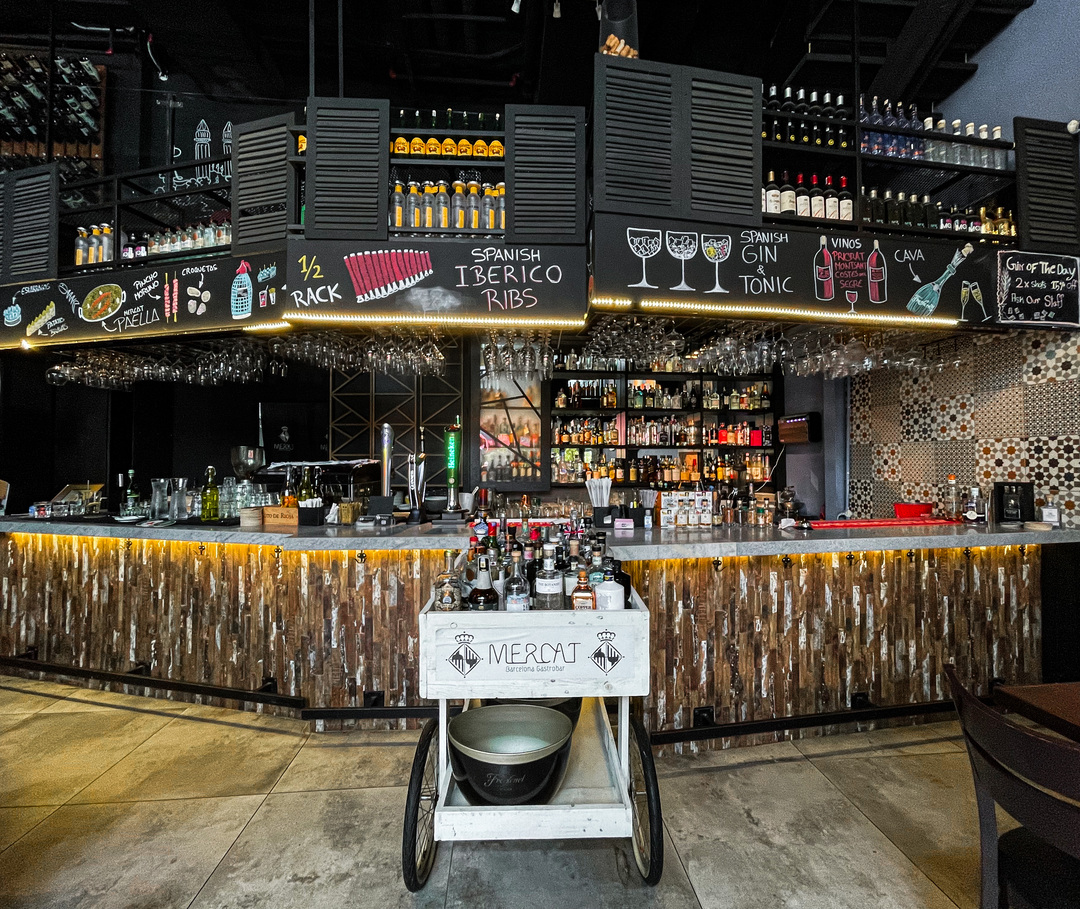 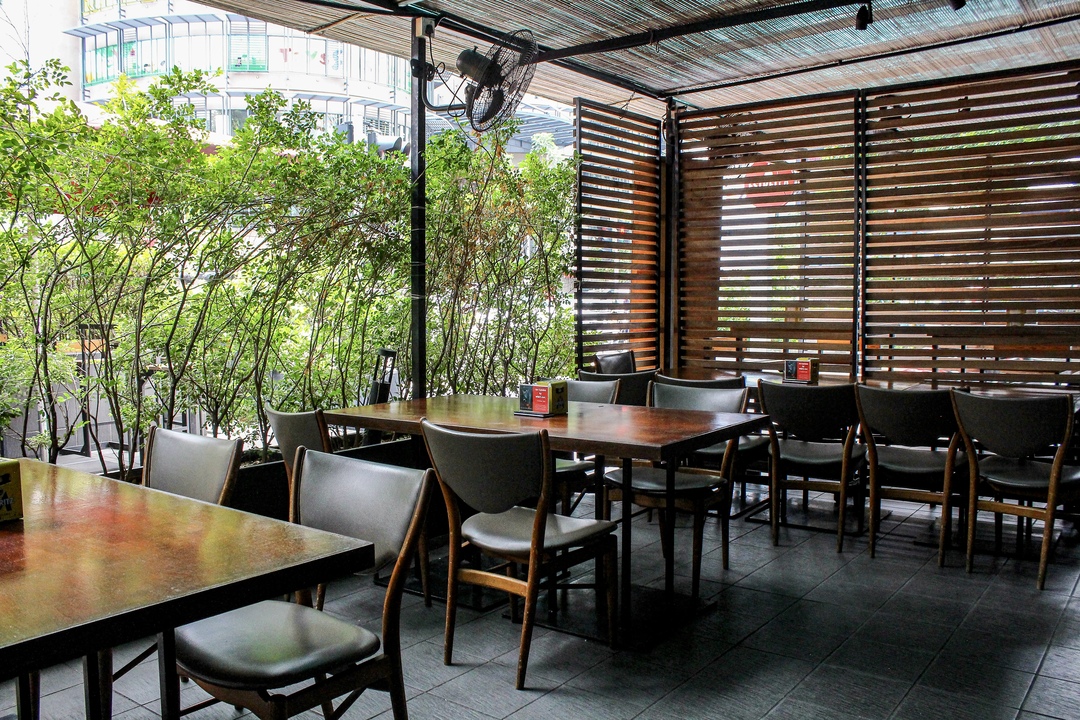 Worth mentioning is the fact that his restaurant was awarded a Foods and Wines from Spain certification as well, marking its true authenticity. We were on cloud nine upon browsing the extensive menu this restaurant has to offer. From tapas and paellas to freshly-sliced jamón, needless to say, we were overzealous to dig in – here’s what we tried!

As Chef David guided us through his selection of jamón (aka cured ham), he proudly sliced and served us the cream of the crop – Jamón Joselito Iberico. While there are plenty of jamón variations out there, this one is deemed the world’s best ham as it’s 100% natural! 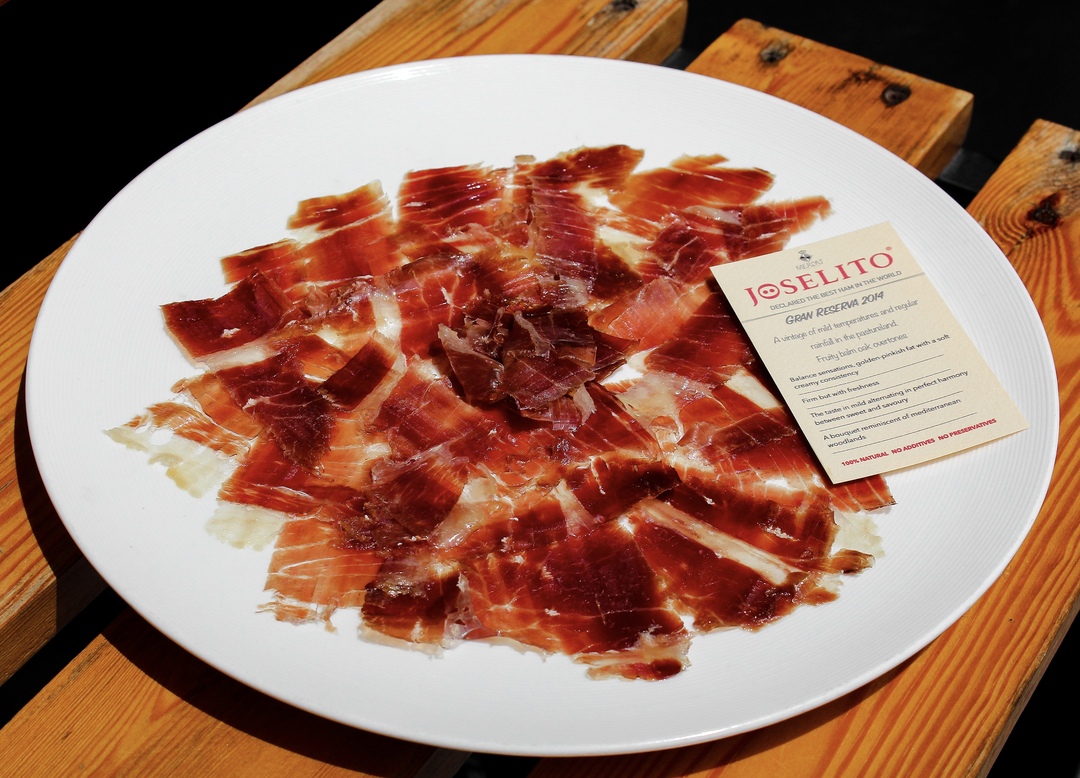 Disclaimer in case you’re unfamiliar with tapas: it’s meant for sharing around the table! 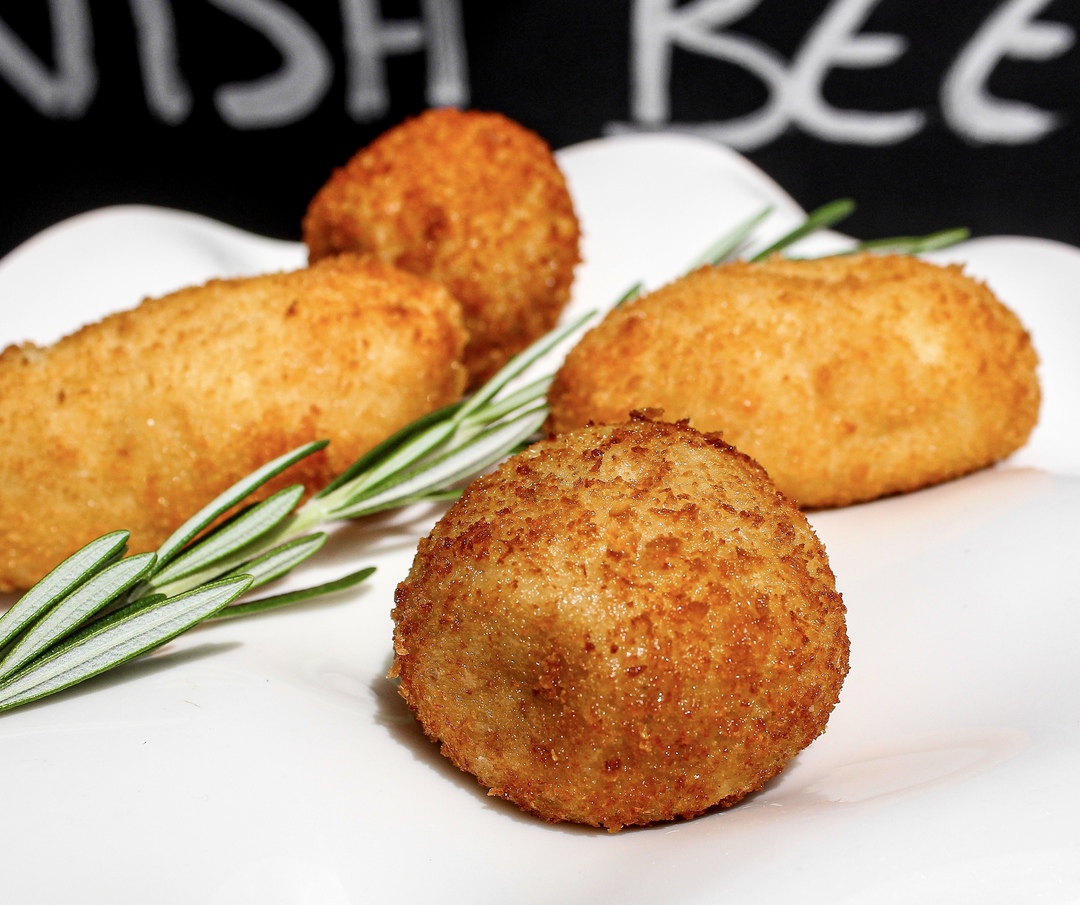 A crunchy exterior with a melt-in-your-mouth flavourful interior – this is a staple tapa that you absolutely must try.

Putting a spin on the popular “spicy sauce” potato tapa, Chef David rolls the potatoes instead before frying them. The inside reveals a delicious red sauce and cream. 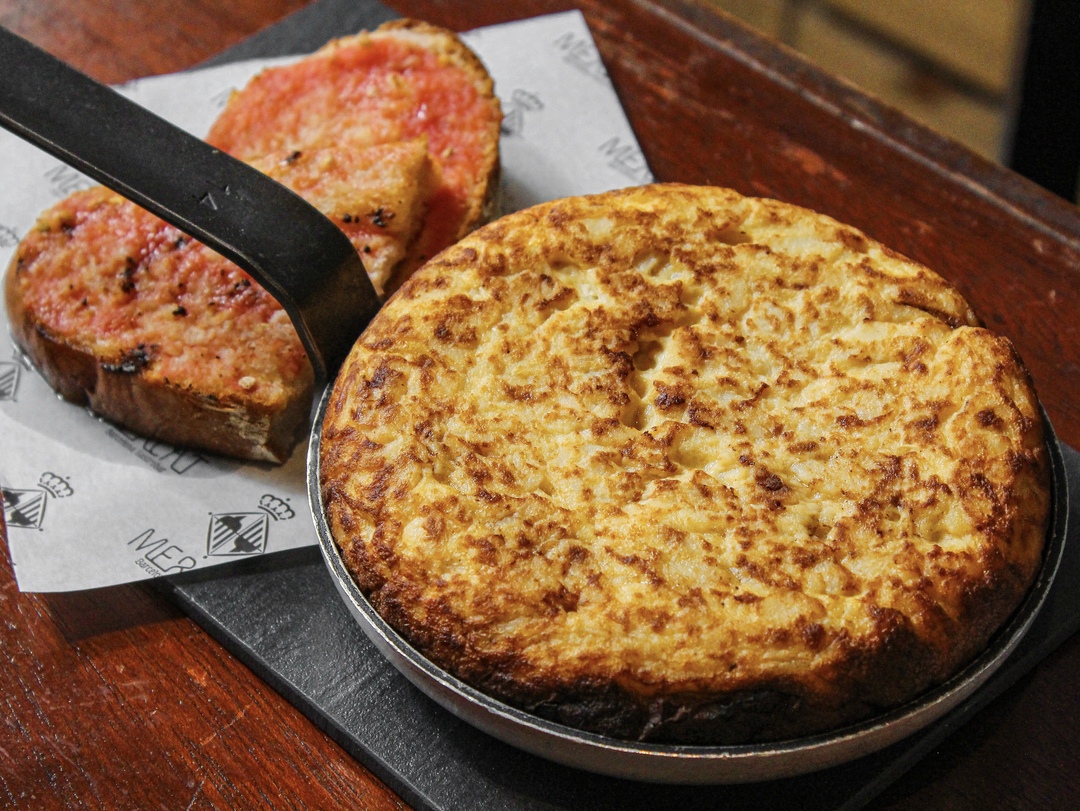 If you’re unfamiliar with this dish, think baked potato omelette! This traditional tapa is one of the most consumed in Spain, with various recipes from different regions. Of course, the team knocks it out of the park with their classic version at Mercat. 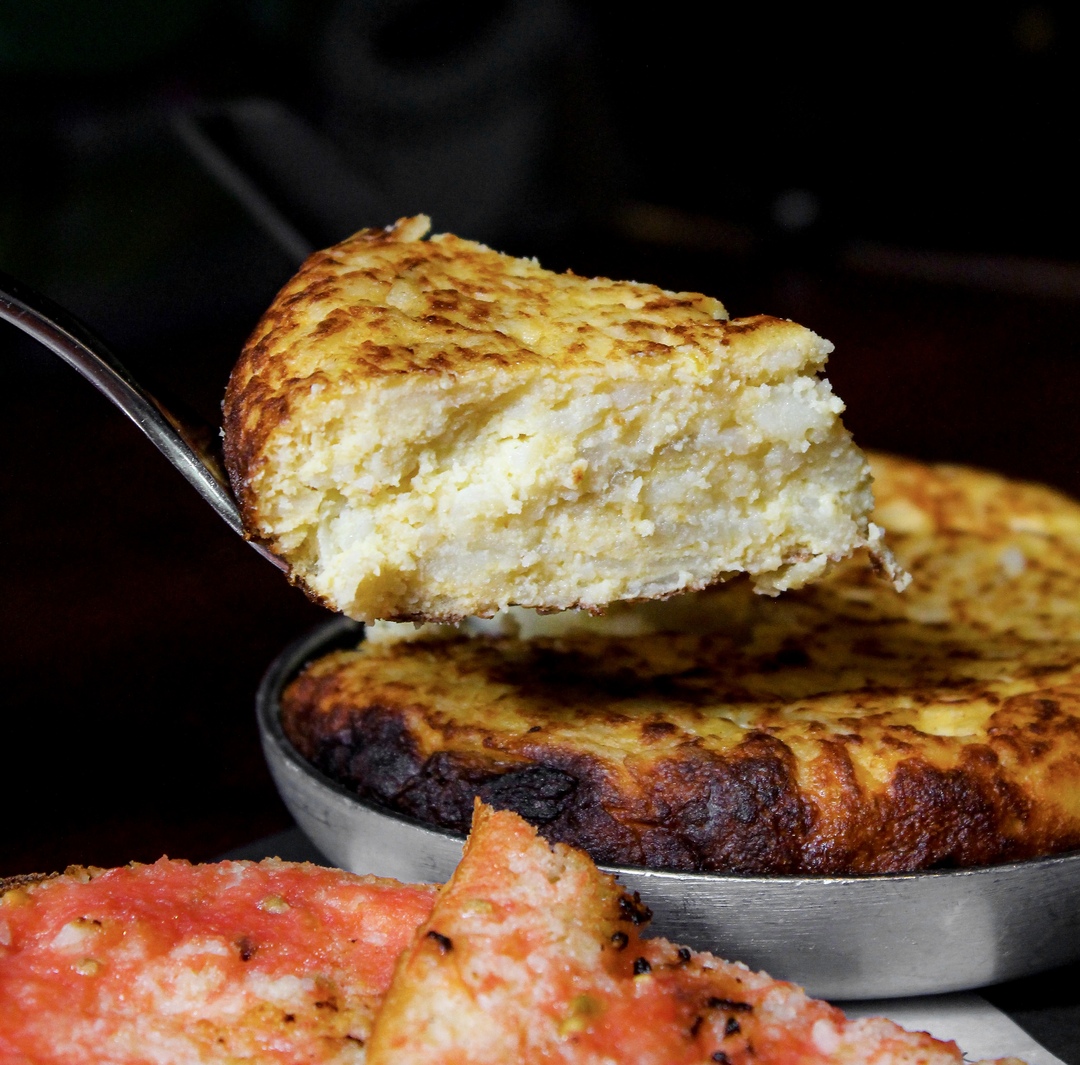 It should come as no surprise that octopus is a prime dish in Spain (in this case, Galicia), as it’s largely found in the Mediterranean Sea. It’s usually served boiled/grilled atop mashed potatoes, drizzled in olive oil with a sprinkle of sea salt and paprika. If you love seafood, don’t hesitate to give this a try- it’s perfectly al dente therefore preventing any forms of chewiness. 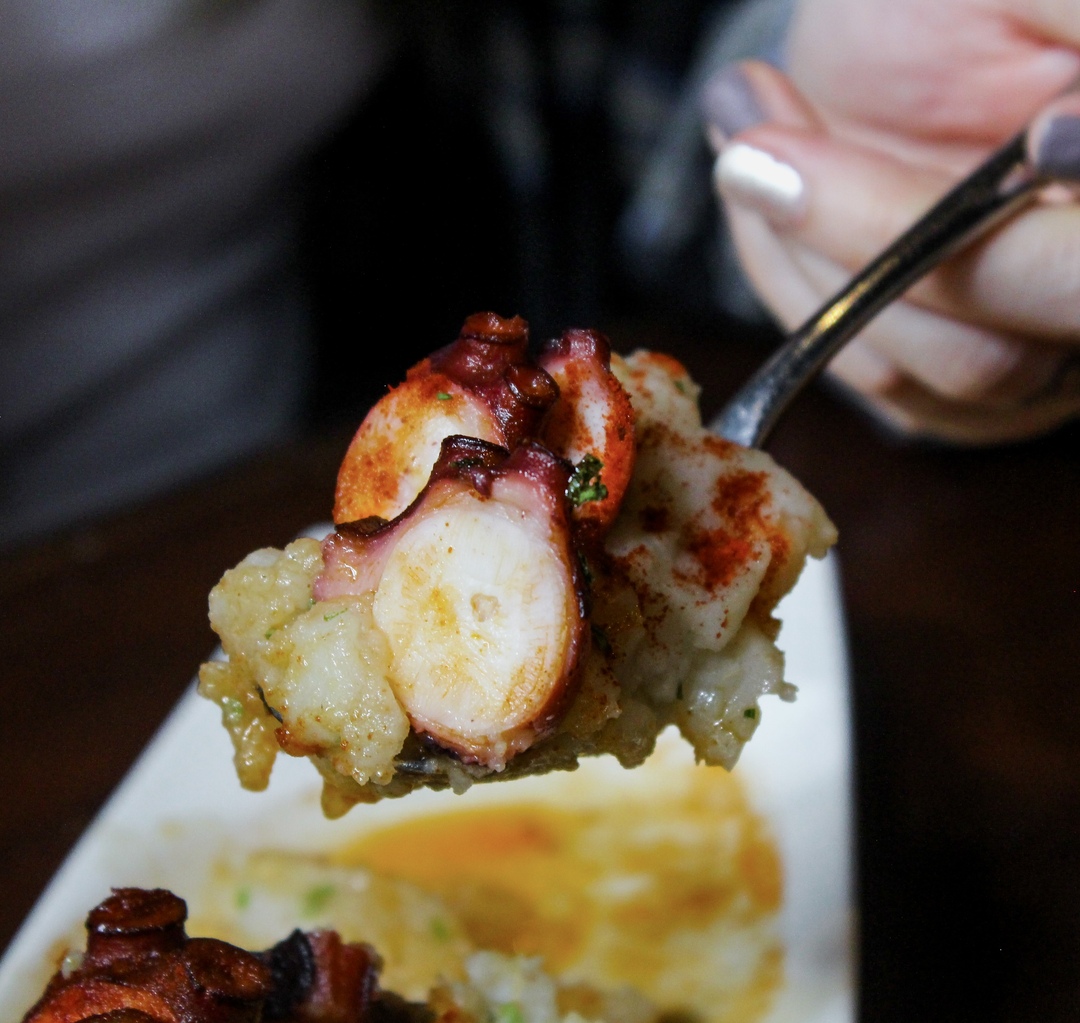 Ah yes, if there’s one thing we know about Spanish cuisine, it’s paella. It’s almost always cooked and served in a carbon steel pan, ranging from small to large. Don’t let the blackened rice intimidate you- it’s simply bomba (short-grained) rice cooked with squid ink! It comes with various types of fresh seafood and is one of the more popular dishes at Mercat Barcelona Gastrobar. We reckon you should definitely taste it for yourself! 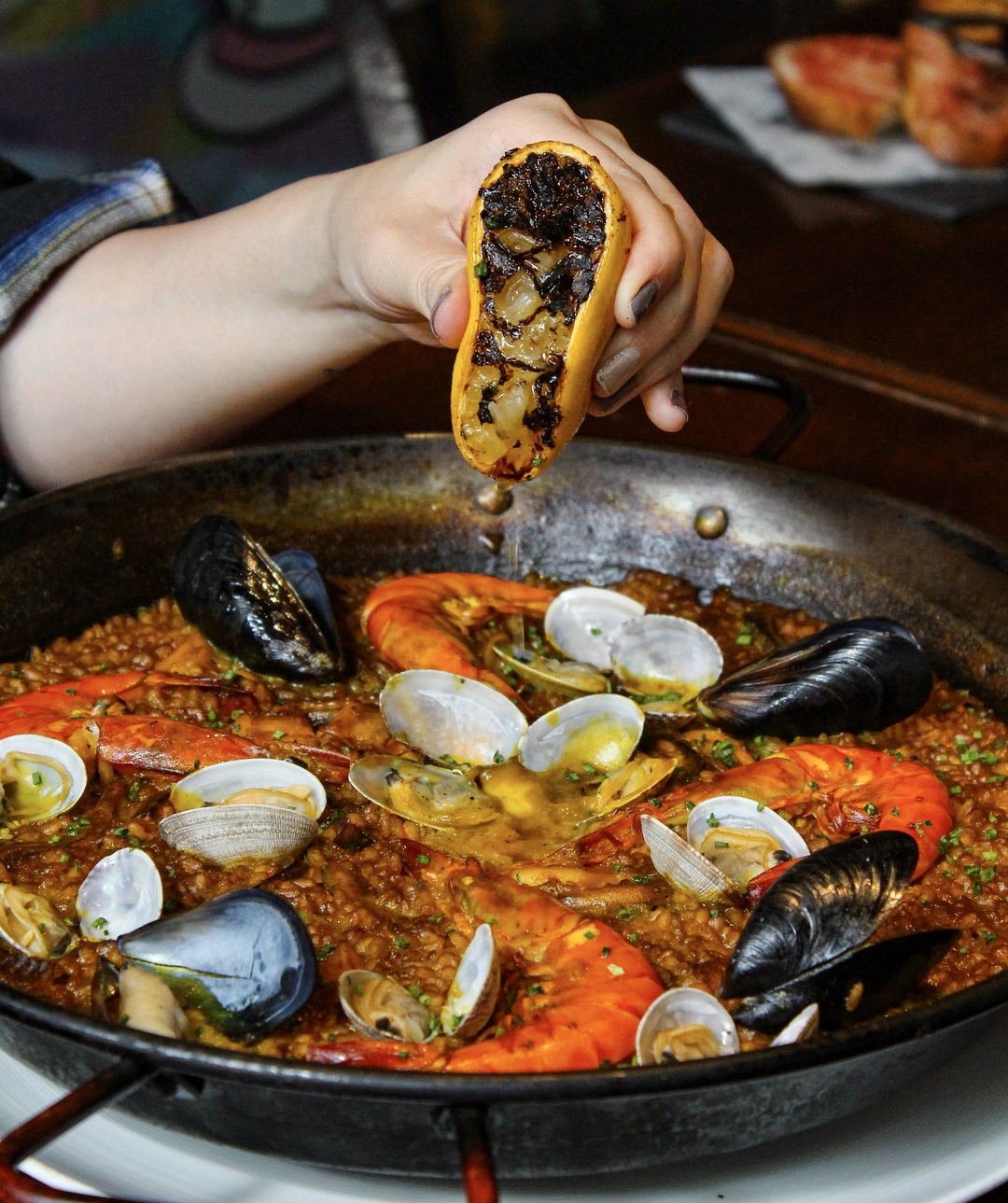 Another must-try paella here is their seafood version. With a sprinkle of lemon, this dish certainly hits the mark with its balance of flavours! Hot tip: The best sign of a well-cooked paella is the socarrat, aka charred/burnt bottom. Think claypot rice but Spanish. 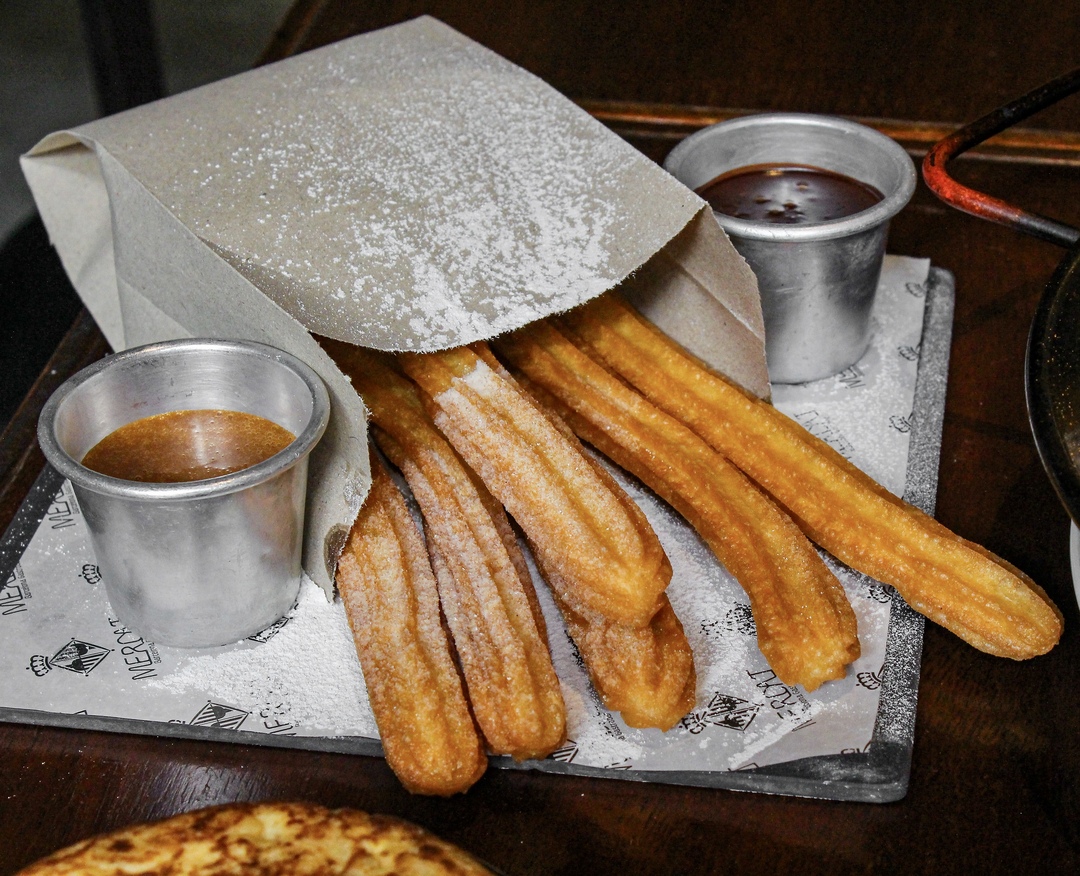 Finish off your meal with none other than their Spanish Churros with Chocolate & Dulce de Leche sauce! It’s incredibly crispy on the outside with a fluffy centre. 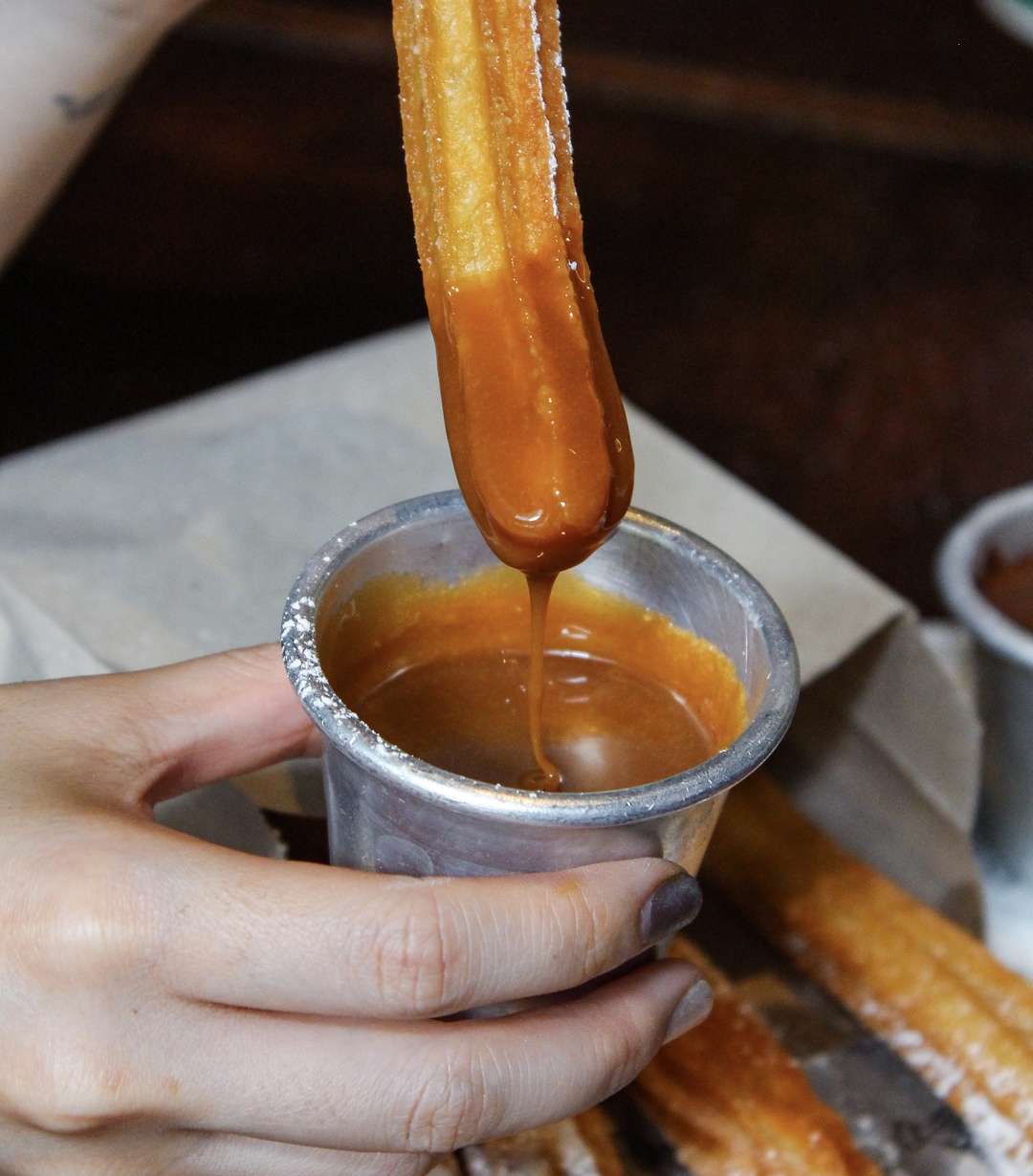 Not to mention, they also sell this Dulce de Leche sauce at their in-house store if you’re a fan. 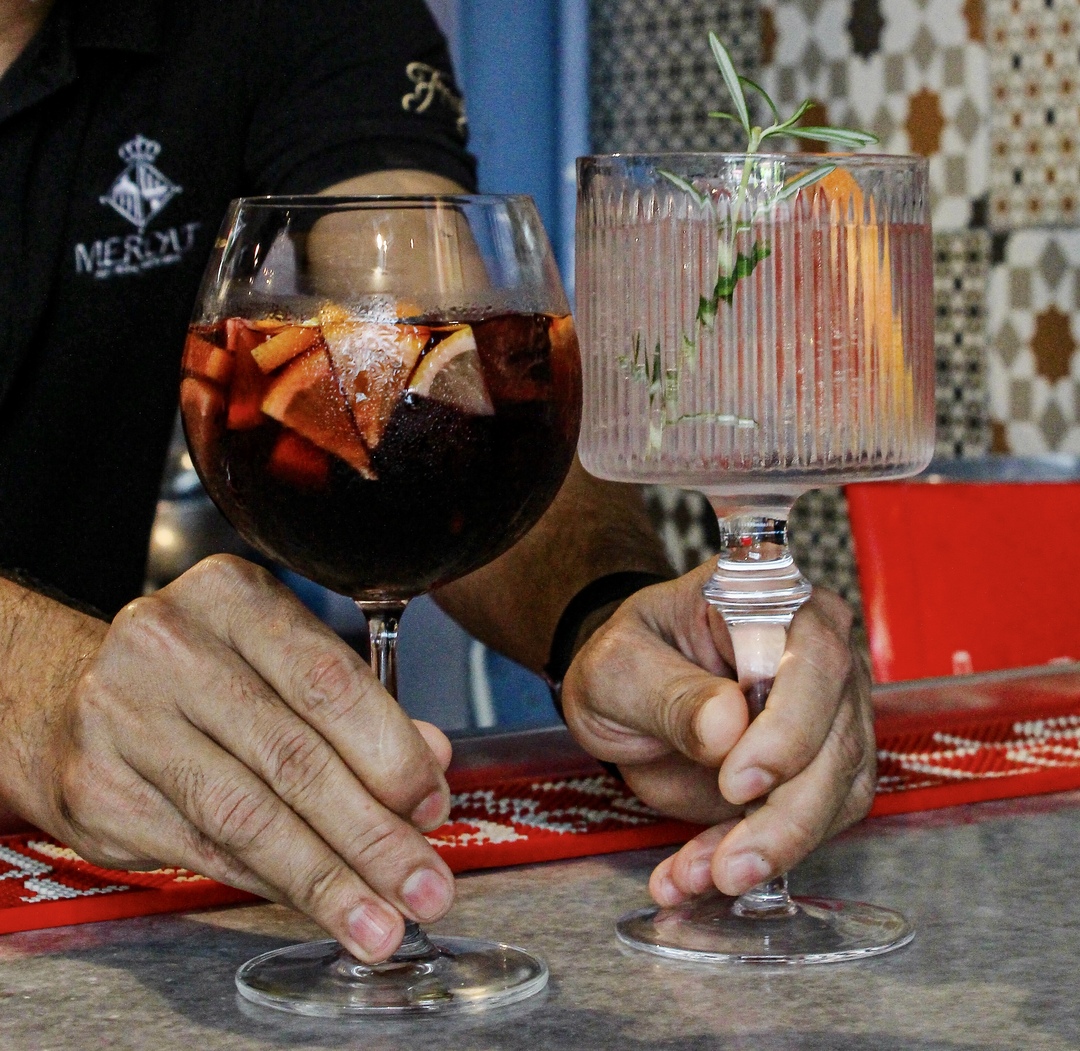 Pair your sumptuous Spanish feast with an array of their imported Spanish wines, gin cocktails, Sangria and more! Only The Best Spanish Selection At This Restaurant Not only do they serve authentic dishes and drinks, but there’s also a store filled with Spanish and foreign dry foods, wines, cheeses, jamón and loads more! Their truffle cheese is to die for, almost a need if you love cheese.

While there are a good handful of Spanish restaurants in the city, Mercat Barcelona Gastrobar should indubitably be on your list for a satisfying culinary trip to Barcelona. Adiós y que disfruten foodies!